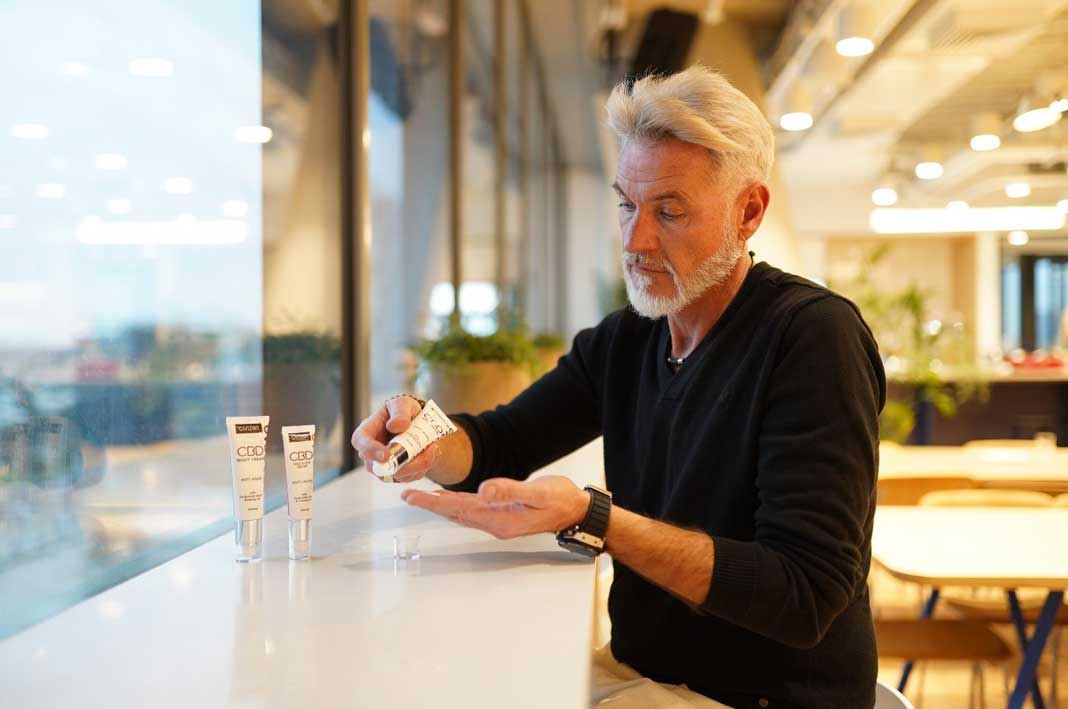 Whether you are an investor, small business owner, or just a simple and curious cannabis user looking for some good reading material, here are the most interesting US cannabis-related topics that you could see in 2020.

The cannabis industry forecasts for 2020 are likely to be shifting, considering the global market changes due to COVID-19. We want to be positive about a swift end to the crisis, and potentially even hope for a more united global sense of community once the storm has passed.

Let’s look at some of the most interesting trends that could come through after things settle down.

Early predictions in 2020 forecasted growth for the cannabis market. Patrons are likely to become more educated on cannabis, and this could instigate a more diverse product interest from buyers. While overall growth was initially predicted at the beginning of the year, it is touch and goes for recreational storefront shops now with so many uncertainties in the coming months.

Medical marijuana has been categorised as an essential in several US states, and online retailers that work mostly remotely will not be as negatively affected as those who are running recreational stores and may have to face closer. However, most cannabis dispensaries are licensed for both medical and recreational sales.

Cannabis Sales are Expected to Increase

As of writing this article, there are ten states in the US where cannabis is legal, and this is also expected steadily to rise. The prediction of increased sales growth is based on the increasing legality across the country to lead to a steady rise in sales.

Estimates place the market value to reach upwards of 130 million dollars per annum. While it may be premature to expect this to happen in 2020, it does indicate that the market will most likely experience growth this year.

We also see a significant push in cannabis research, which allows the general population to understand more about the plant- more than just what the Hollywood industry and other propaganda led us to believe.

Estimates show that approximately two-thirds of Americans support federal legalisation. The United States 2018 farm bill was a landmark for the industry and helps with the legal cultivation of the hemp plant, which is naturally high in CBD content and has insignificant levels of tetrahydrocannabinol THC.

Public support for cannabis legalisation is at an all-time high, and around two-thirds of the country supports federal legalisation. CBD oil is commonplace in many areas and stores. Not only that, but this figure is likely to rise over time as the public becomes more aware of the potential benefits of the plant.

Other States Will Move Towards Legalisation More Slowly

Due to the effects of the COVID-19 pandemic, the legalisation movement is likely to slow down as the general focus is on the current situation.

This is likely to impact the amount of time it takes for legalisation to take place; however, it should rebound once the chaos settles.

There Will Be More Types of Cannabis Products Available

We can look forward to new strains, especially strains that have the old favourite genetic heavyweights as favourites. With the new strains that will begin to emerge, they will likely carry some of the finest genetics that is on offer.

As people become more educated about the cannabis plant, quality bud will be in demand, specific terpene, flavonoid, and cannabinoid profiles will be sought out. Premium products formulated for conditions such as the Canzon skin treatment will be popular as well.

We can also expect to see a launch of new and creative product lines, such as infused beverages that will most likely come from the marketing desk from some of the largest brands in the beverage industry.

The alcohol industry is likely to capitalise on the green rush as well, as some companies have already started making alcohol-free ‘drinks’ infused with CBD to tap into the market portion individuals who do not consume alcohol.

There have been talks of a carbonated cannabidiol CBD infusion from Cola-Cola, which is a far sight healthier than the cocaine that was once added to Coca Cola beverages.

The Dying out of Stereotypes and the Birth of New Ones

As we move into a new decade, we can expect many old flickers of stereotypes that still exist to die out. Most films of the previous decades, when marijuana or cannabis was included in the films, was painted in an unflattering light and usually with criminals, hard drugs, or just your average lazy, no good citizen.

With the diverse ranges of premium products designed for the affluent, the average bud for the middle-aged medical marijuana patient average Joe, or high-quality products at affordable prices from science-based and informative companies such as our friends at Canzon, there is a new part of the population that cannabis is reaching.

The associated negative stereotypes will (finally) fade away, and we will see the introduction of new stereotypes (as that is the way society works).

We can expect to see a more varied range of cannabis customers. More older people are likely to become CBD customers. A large portion of the older generations suffer with chronic pain and other chronic conditions. CBD is becoming more popular amongst those looking for an alternative to addictive and harmful pharmaceutical drugs.

We could also expect to see more beauty-focused individuals, both males and females, as a part of the cannabis clientele. Cannabis has already infiltrated the beauty market, and there are a few great products on the market for skin care, like this Acne solution from Canzon. While not all females will be attracted to the cannabis market because of the CBD beauty initiative, it could attract more people as well.

Research Instead of Reefer Madness

With the wave of legalisation sweeping the globe, we are seeing new cannabis-related studies and research that suggest the significant health benefits this plant could offer.

There are a few questions that we are likely to have answers to, such as how cannabis can be effective against cancerous cells, reduce cancer risk, or how cannabis is useful for inflammation. We are also likely to see a more stringent regulation on how CBD and cannabis-derived products are marketed with increased stringency on medical advice.

We will see more human clinical trials, as this type of clinical trial has been lacking in the past. New research on active ingredients is likely to uncover new uses for medical marijuana and how it works with an individual’s endocannabinoid system.

Scientists and researchers will begin to synthesise new compounds from natural cannabinoids. We have already seen a couple of medications with synthetic THC and CBD be given the FDA (food and drug administration) green light, and we look set to welcome in more synthetic versions for FDA approval.

‘New’ Cannabinoids will Increase in Popularity

We see that THC and CBD are the two cannabinoids that receive the most attention. However, there is a new trend emerging. This trend sees that many cannabinoids are worthy of attention, such as CBC, CBG, THCV and CBN.

A few short months ago, terpenes hit an all-time high and were the talk of the online cannabis community. The fame, however, seemed to burn out, although it did help to make people aware of the different contents within the cannabis plant.

There are many cannabinoids within the cannabis plant. Still, only a few like the ones mentioned above are garnering the interests of researches and consumers alike, and a few cannabinoids will likely become increasingly popular. Strain breeders and cultivators are likely to focus more on terpene profiles and cannabinoid content for the new strains.

Here is a quick look at the rising cannabinoids that we can expect to see more of in 2020:

It seems that a bottle of fine wine is not the only thing that gets better with age. As cannabis ages, it produces the CBN compound. In fresh marijuana, you are unlikely to see CBN levels greater than 1%. The CBN cannabinoid scores low in the psychoactive department, but researchers believe it could offer potent sedative and anti-anxiety properties.

We are likely to see an increase in interest in this cannabinoid in 2020, and by the end of the year or early next year, there could be CBN supplements sitting next to the CBD supplements on the shelves.

CBG is the parent compound of THC and CBD, meaning that it is the compound that those two famous cannabinoids originate from. Here’s an interesting fact that many do not know, when CBG is exposed to sunlight, it forms into one or the other, CBD or THC.

THCV is another cannabinoid that is rarely found in naturally high levels (which could be quite psychoactive). Most cannabis plants and strains have low levels of THCV.

The THCV cannabinoid produces feelings of euphoria, which can be rather stimulating; however, these sensations are usually short-lived. Unlike THC, THCV is an appetite suppressant.

CBC is similar to CBD as both are non-intoxicating and have a broad range of health benefits being researched. Most cannabis strains carry a high percentage of this cannabinoid already, so instead of new strains carrying high CBC levels, we are likely to see an emergence of further information and studies on the CBC cannabinoid and its potential health benefits.

THCA does not have significant psychoactive effects unless it is converted to THC with heat. Like all the cannabinoids mentioned here, more attention and research will focus on THCA in the near future.

And one terpene that will continue to appear in cannabis new is limonene. Limonene is one of the very few terpenes that directly affects cannabis receptors. It is not limited to the cannabis plant and can be found in abundance throughout the plant kingdom.

There are potential health benefits that are associated with limonene, as we are likely to see more research delving into the subject as well as more cannabis strains that carry increased levels of the limonene terpene.

A forecast of cannabis trends would be incomplete without a mention of cannabis stocks. So to round up this article, we will turn our attention to the financial markets. At the onset of the COVID-19 chaos in the early months of 2020, we saw record sales for many cannabis companies.

Companies that had lost up to 90% of their value in 2019 experienced sales that gave them a boost. However, as with most industries, these sales began to diminish.

It seems that panic buying extended to cannabis consumers as well, and for good reason too. Consumers were unsure whether or not their cannabis dispensaries would remain open.

Many US states have deemed cannabis businesses as essential and are allowing the dispensaries to remain open. Other companies will continue operating online. During this time, we will see an increase in deliveries as people are either exercising their social responsibility by social distancing or are unable to leave their house due to lockdowns in place.

The cannabis market is likely to remain a high-risk investment for 2020. This could change in the coming years and is expected to change in the first few years of this decade. While there are many experts making estimations for how the cannabis stocks are likely to be affected by the global pandemic, these are uncertain times, and no estimate can be made with absolute certainty.

What Is The Best Carrier Oil For CBD?